With the growing concern about climate change, global warming, crop sustainability, and environmentally friendly technologies, there is a rising interest in biobased products and biofuels.

Camelina, winter annual crop belonging to the family Brassicaceae, is grown for its very high oil content, reaching around 30-40 %, used in food but also biodiesels. Research has already shown that camelina can become an excellent source for jet fuel. This could become a crucial crop of interest in Virginia, with the presence of international airports and military bases.

But camelina is also an environmentally friendly crop, capable of removing nitrogen, phosphorus, and sulfur from the soil, decreasing risks of nutrient leaching, and the resulting pollution.

Camelina is a short-season crop, considered drought tolerant with wide adaptability to different climates and soil, making it a key crop to increase crop diversity in Virginia, and be an alternative to winter wheat.

However, limited research on production systems was conducted in the USA and none in Virginia. Therefore, there is a need in researching to identify suitable varieties, as well as optimal nitrogen requirements to develop recommendations to growers in the region.

In 2018, the crop physiology team of the Tidewater AREC of Virginia Tech in Suffolk selected and received 24 varieties from the germplasm resources information network (GRIN) to first assess the growing capability in Virginia soils, and also to multiply their seeds. Varieties were planted in December 2018 in 9 square feet plots, and biomass and seeds were harvested in May 2019.

Seeds obtained from each variety were sown in fall 2019 in October, November, December 2019, and February 2020 to assess the optimal planting date to be used in Virginia. The two first planting dates appeared to result in the highest growth. Seeds from 17 varieties were collected for further experiments while the remaining 7 did not produce enough biomass to harvest.

In November 2020, these 17 varieties were planted in sandy soil. Different measurements are taken throughout the growing season such as the number of germinated seedlings, the blooming time, plant height, branching architecture, appearance of siliques (bolls containing the seeds), yield, … The first observations have shown an important variability between varieties, but also within some varieties. Based on last year’s data, the highest yielding variety, called Bona, was also sown in a side experiment to assess the best nitrogen rate required to reach an optimal yield. Three nitrogen rates are used: 130 lbs/ac as a control, a lower N rate at 90 lbs/ac, and a higher N rate at 170 lbs/ac.

The results of these experiments will be shared through Extension presentations to producers to introduce camelina as an alternative crop in southeastern Virginia. This study was funded thanks to the Virginia Ag Council. 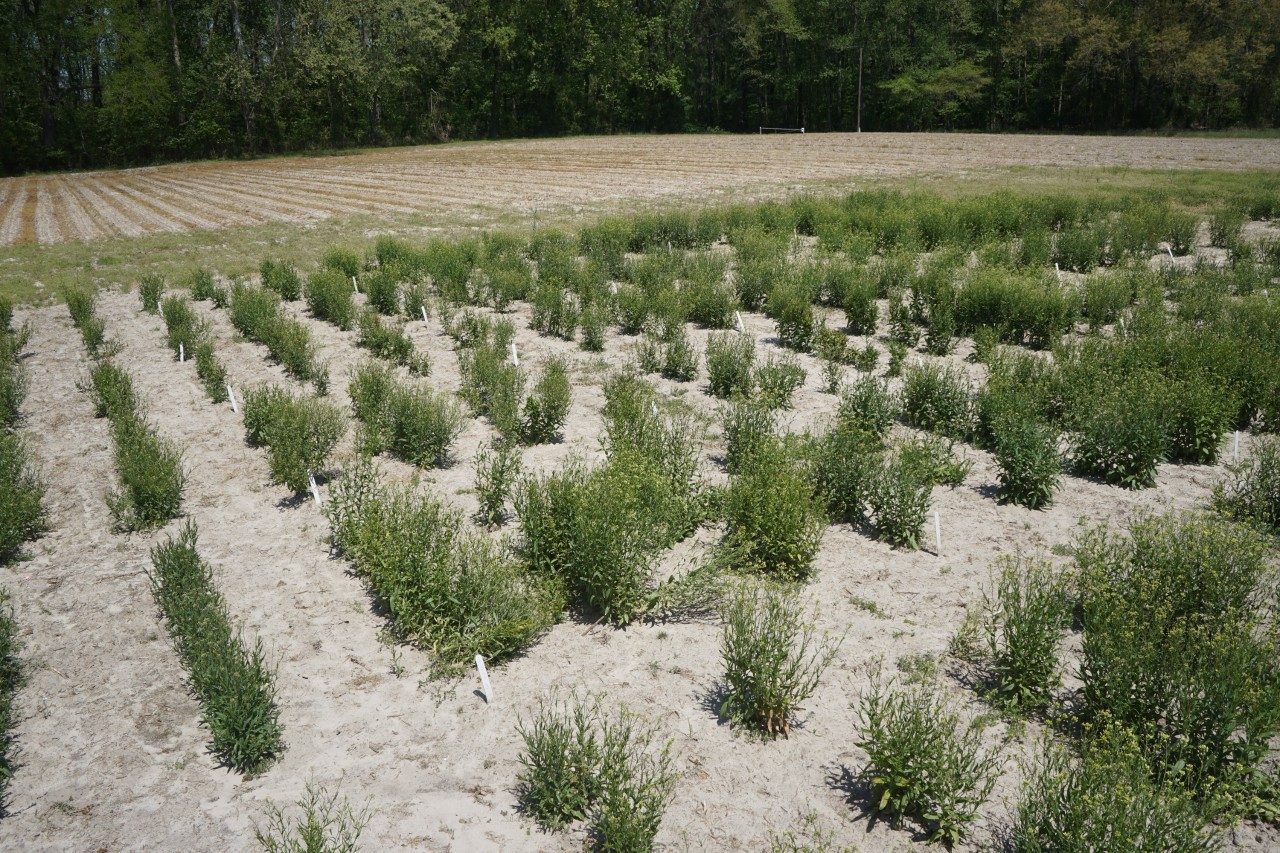 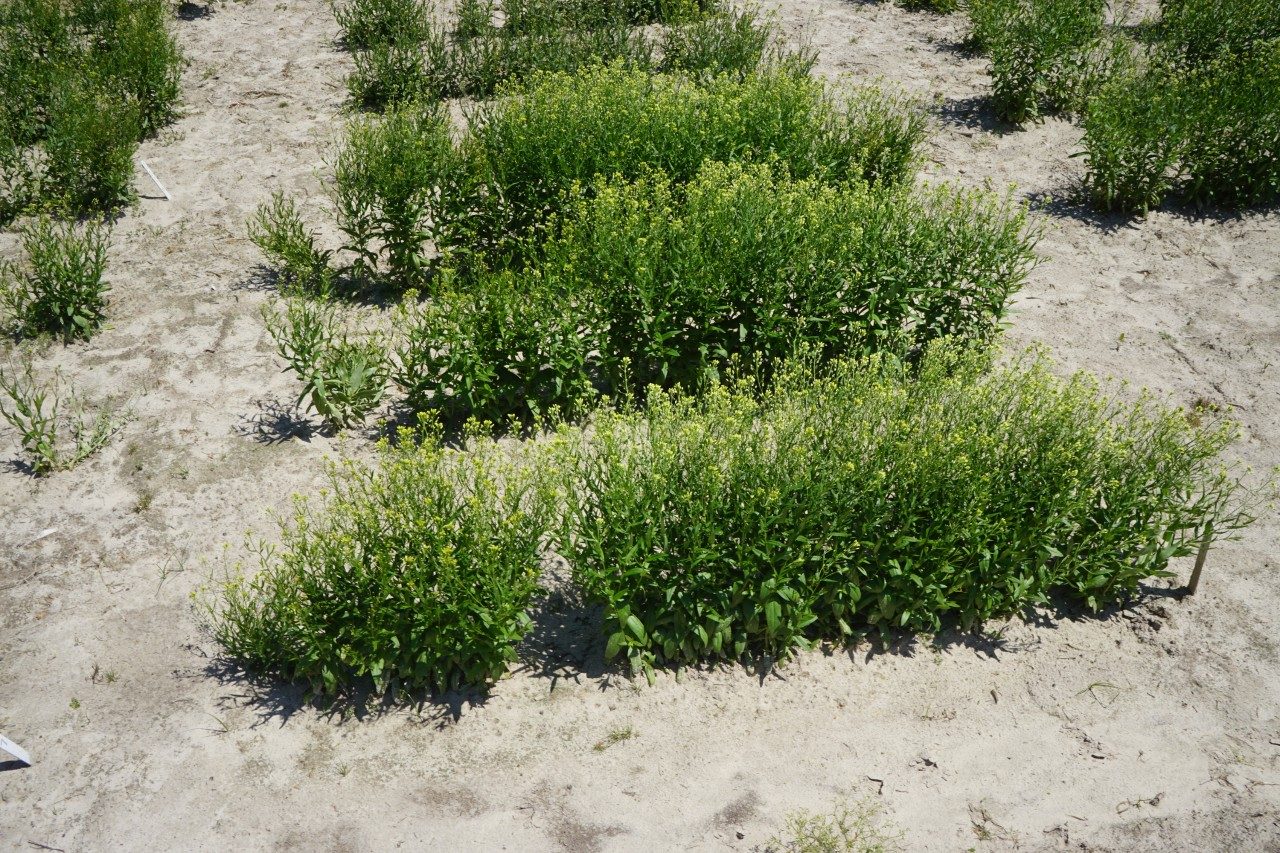 Camelina standing in the field 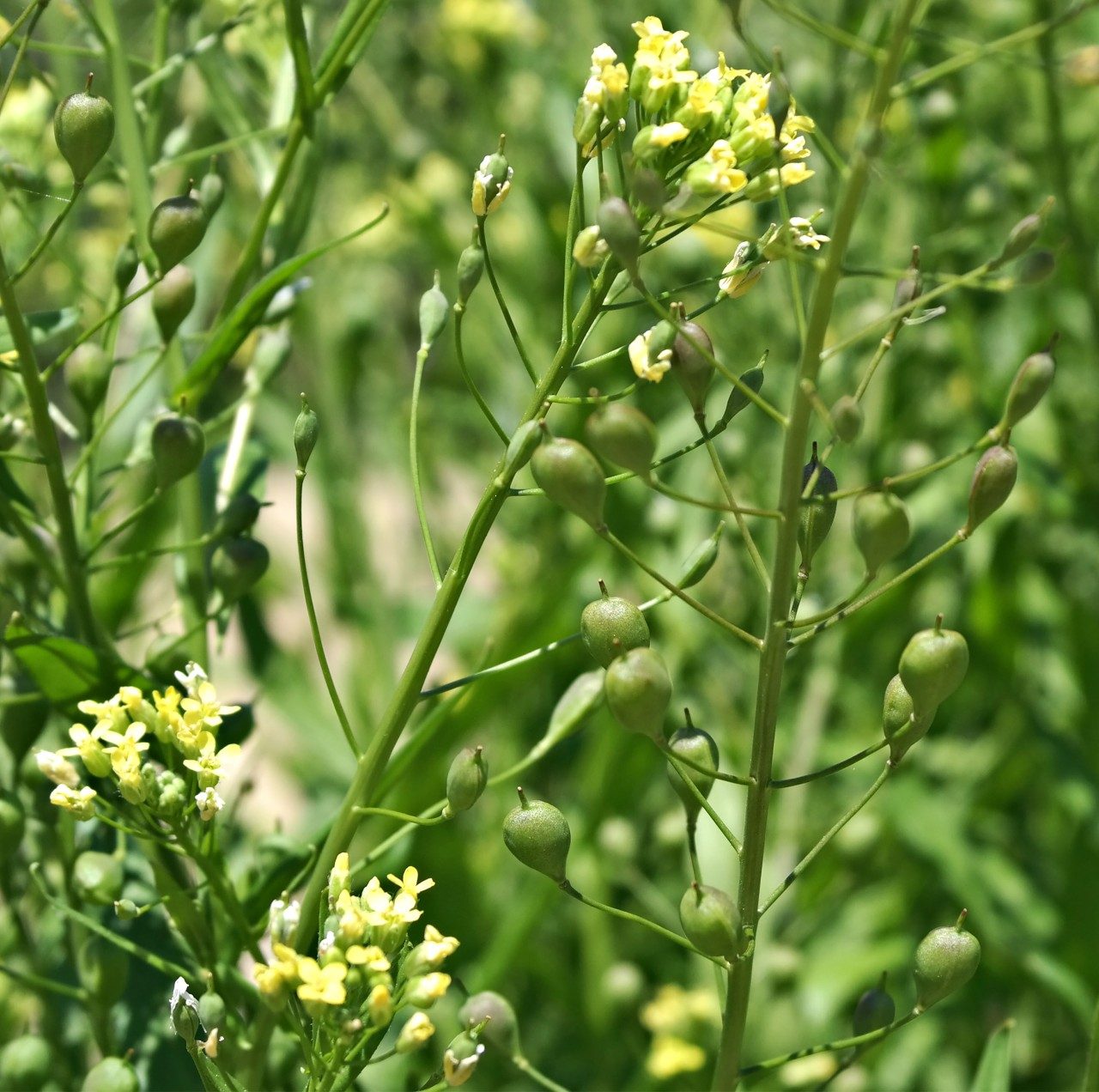 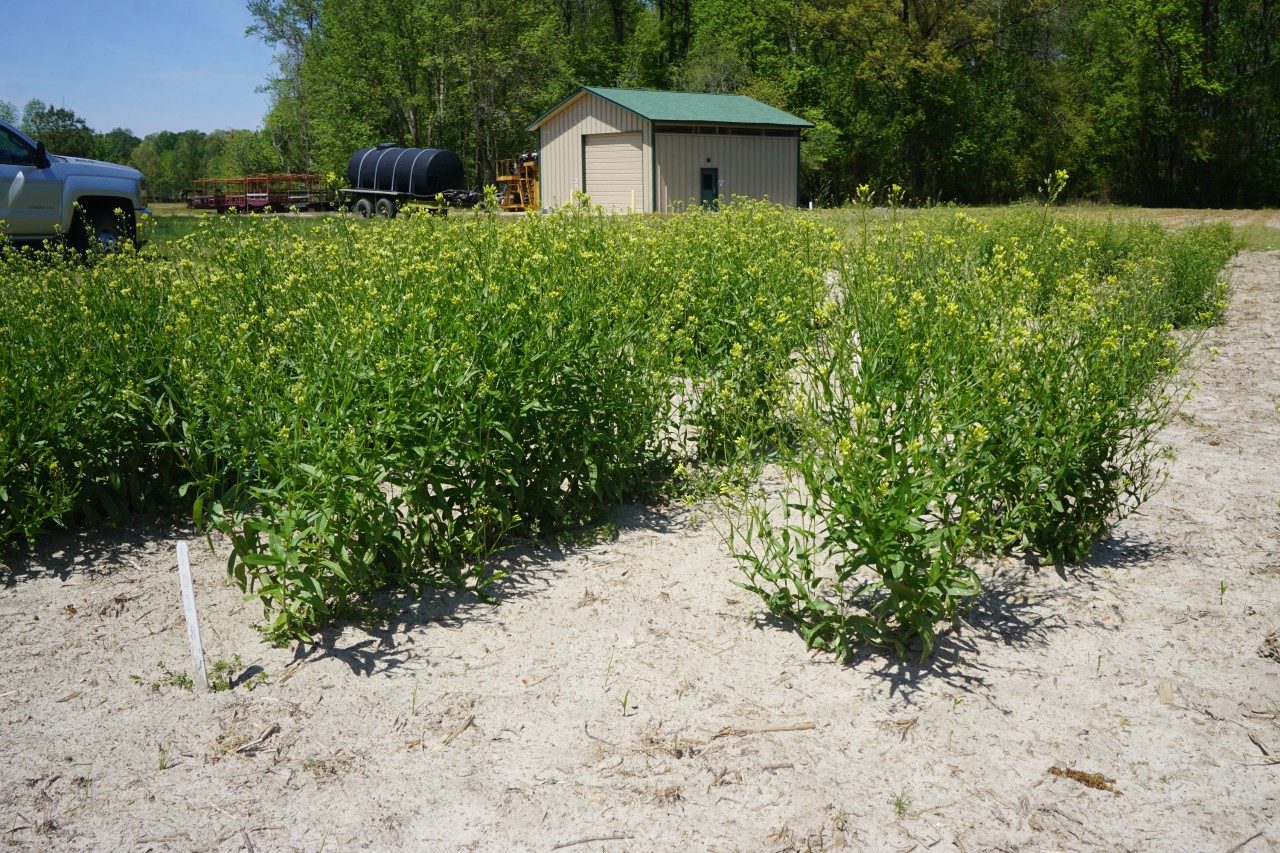 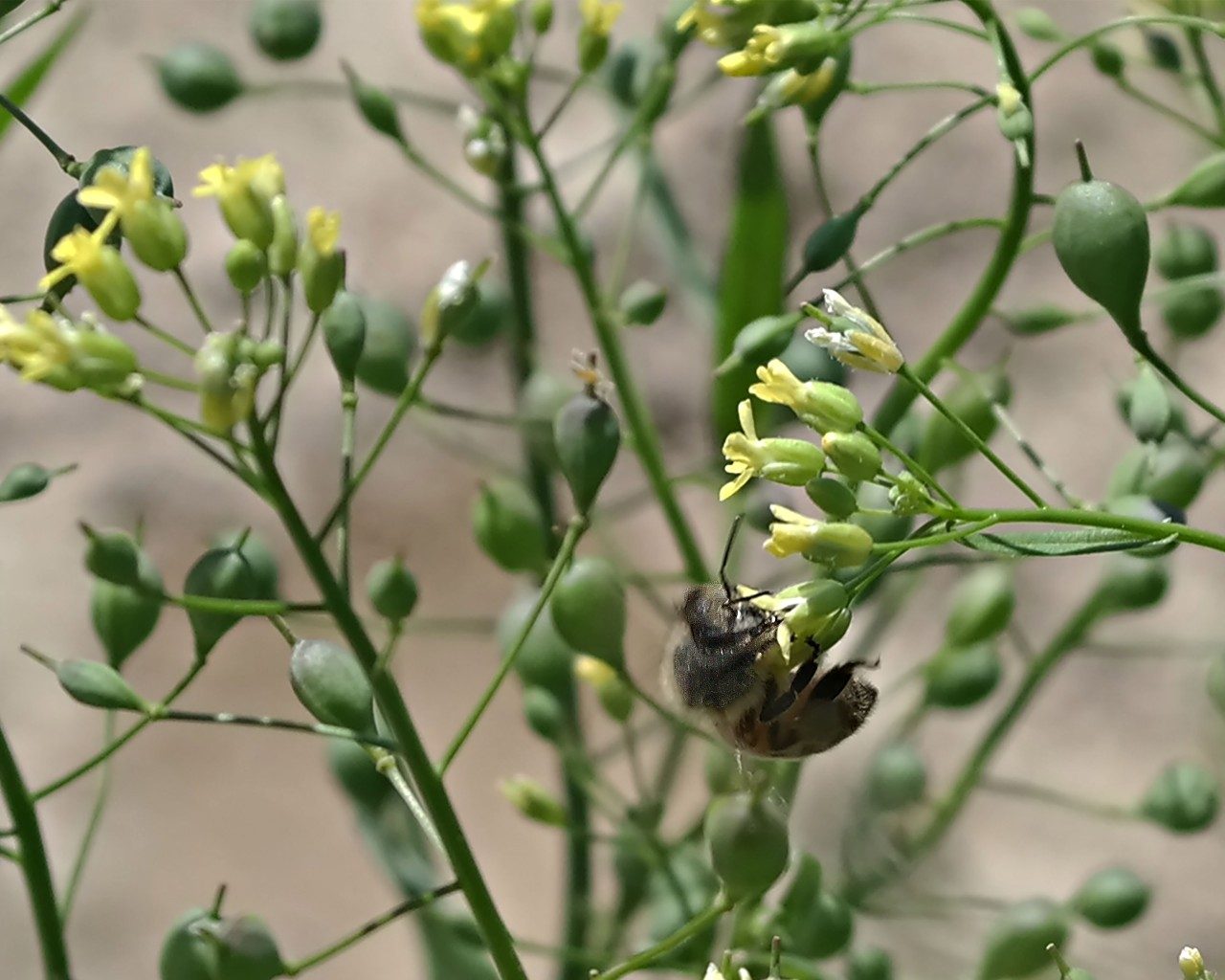 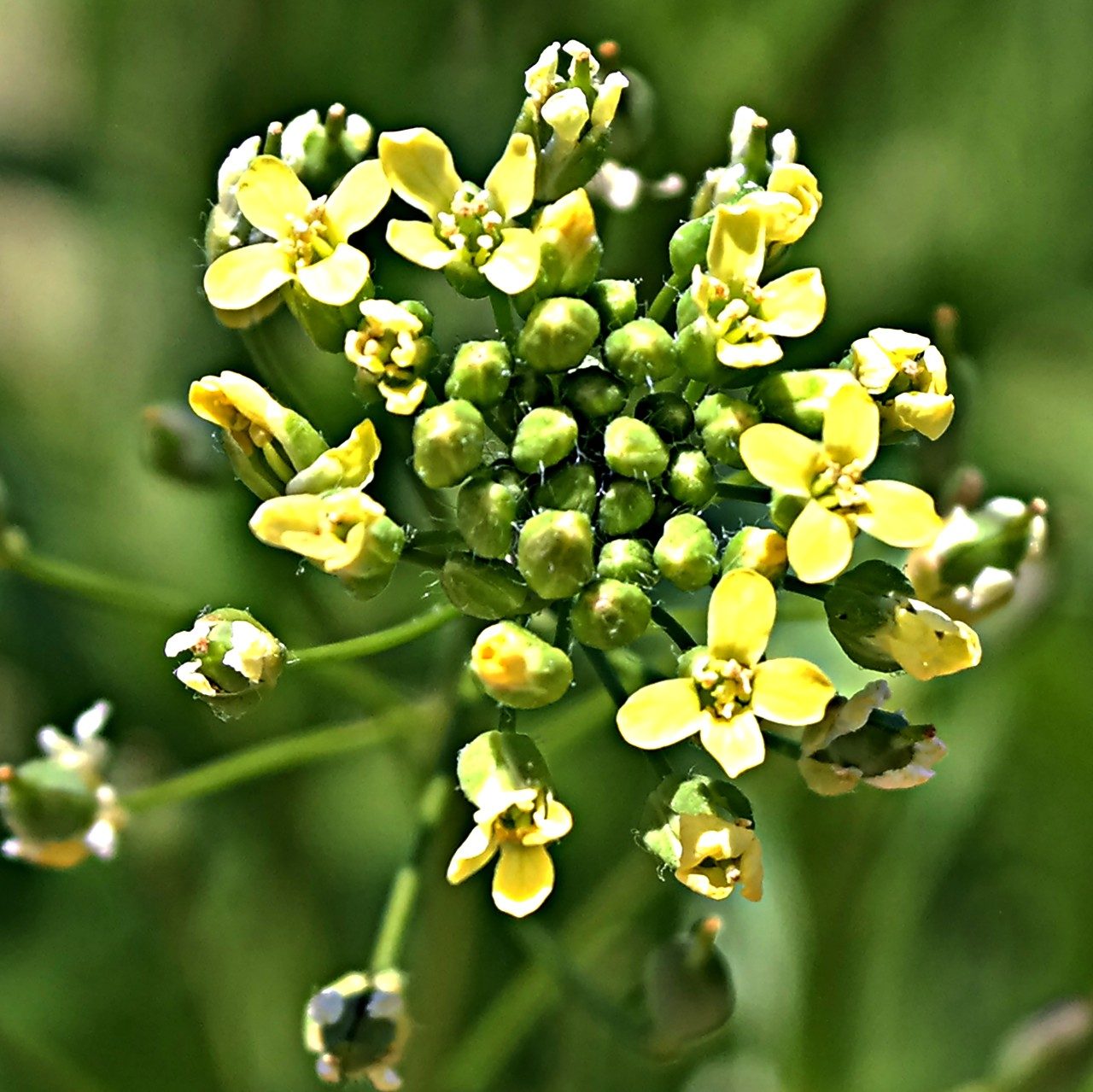 Drone video of the variety test

Drone video of the nitrogen test